“Käräjäkivet” is a periodical publication of thought and criticism that was born from a wider project developed around a proposal which was never accomplished, concerning the Saivaara Monument, elaborated in 1978 by the legendary Finnish artist Tapio Wirkkala.

“In 1975, the President Urho Kekkonen expressed as his wish that his monument should be placed in northwestern Lapland, on the Saivaara mountain. […] How to make a monument on a site that is naturally so beautiful that one cannot take away anything from it, neither is man able to add anything to it? Tapio Wirkkala ended up with a proposal in which all the materials of the monument have been picked from the mountain itself.
The monument consists of a straight, paved, almost imperceptible path crossing over the Saivaara mountain. Five stones will be raised from the mountainside to the summit of the mountain, […]. These stones will form a circle, similar to the court venue stones of the old days [called in Finnish as “Käräjäkivet”], on which the wise men of the village got together in order to decide about common matters.

The one who has the strength to climb up the stony path may sit on these stones, look at the landscape and think.
This artless monument is not going to change or destroy the landscape.”

In this sense, this publication intends to accomplish, not in form but in content, the idea of Tapio Wirkkala for the Saivaara Monument: the creation of a place where men of all races and colors can gather together to think.

For that purpose, an online platform was created where different invited authors gather together through texts, illustrated and edited in small booklets, expressing their thoughts on architecture, art and culture in general, with the Saivaara Monument as the main driver.

Based in Portugal, it is published, as a general rule, every quarter, by adding a new text that can be viewed or downloaded online. 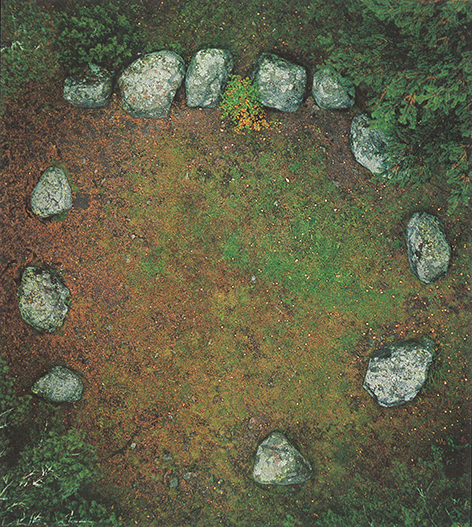 Finnish word meaning “court stones” or “circle of stones”: places of judgment (originally iron age graves), where judgments were held and justice carried out, accordingly to the Finnish National Board of Antiquities.

In the ancient times, they were important places where the primitive leaders of the North got together in order to discuss and decide about common matters. 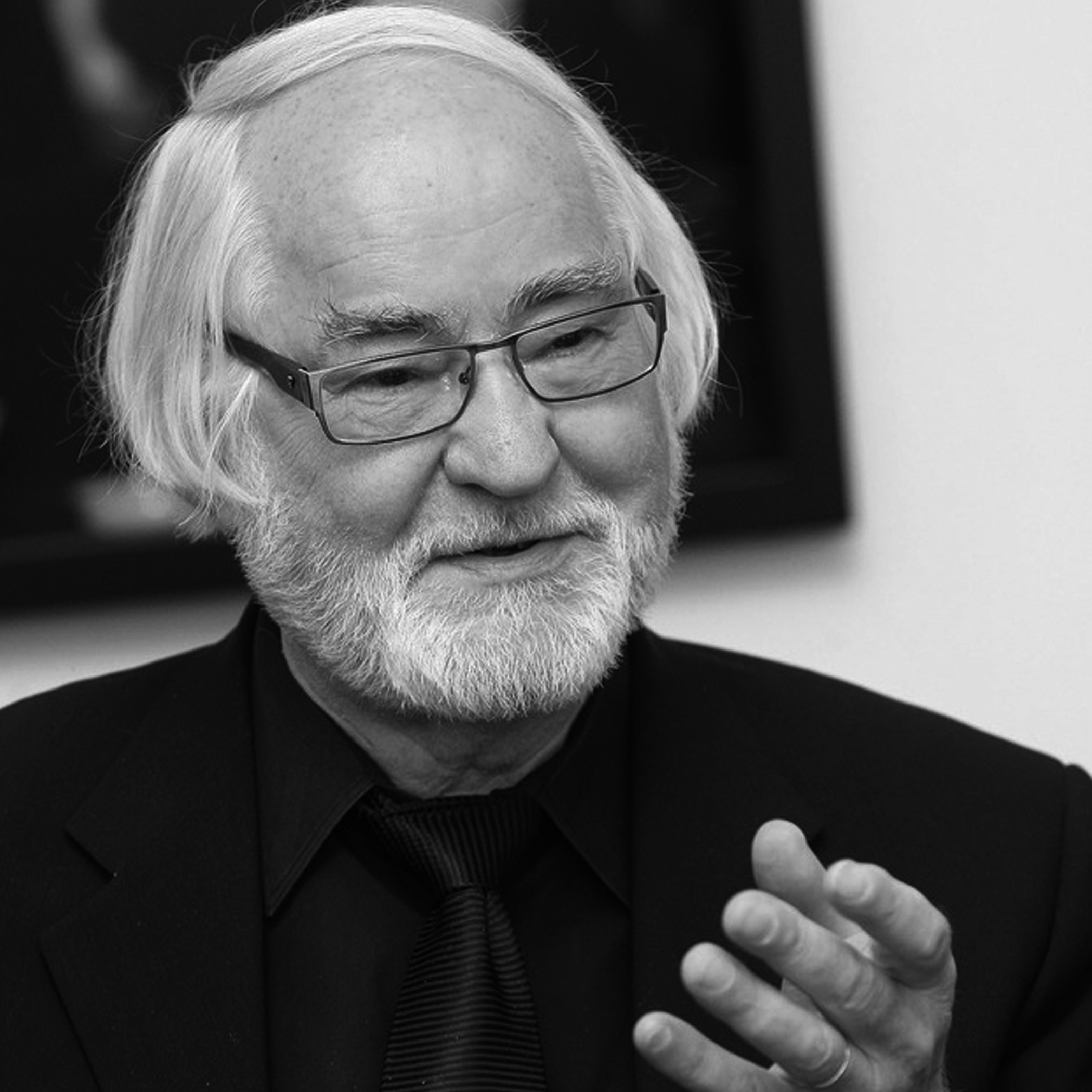 Born 1936, is a Finnish architect, educator and writer who has worked, taught and lectured in several countries since the 1960’s. His design works extends from town planning and architecture to exhibition, product and graphic design and artistic work. His interests as a writer range from architectural theory to anthropology, cultural philosophy to animal architecture, and art criticism to cinematic expression. His work and writings have been published widely in Europe, North and South America, Asia and Australia.

Books by Juhani Pallasmaa include: 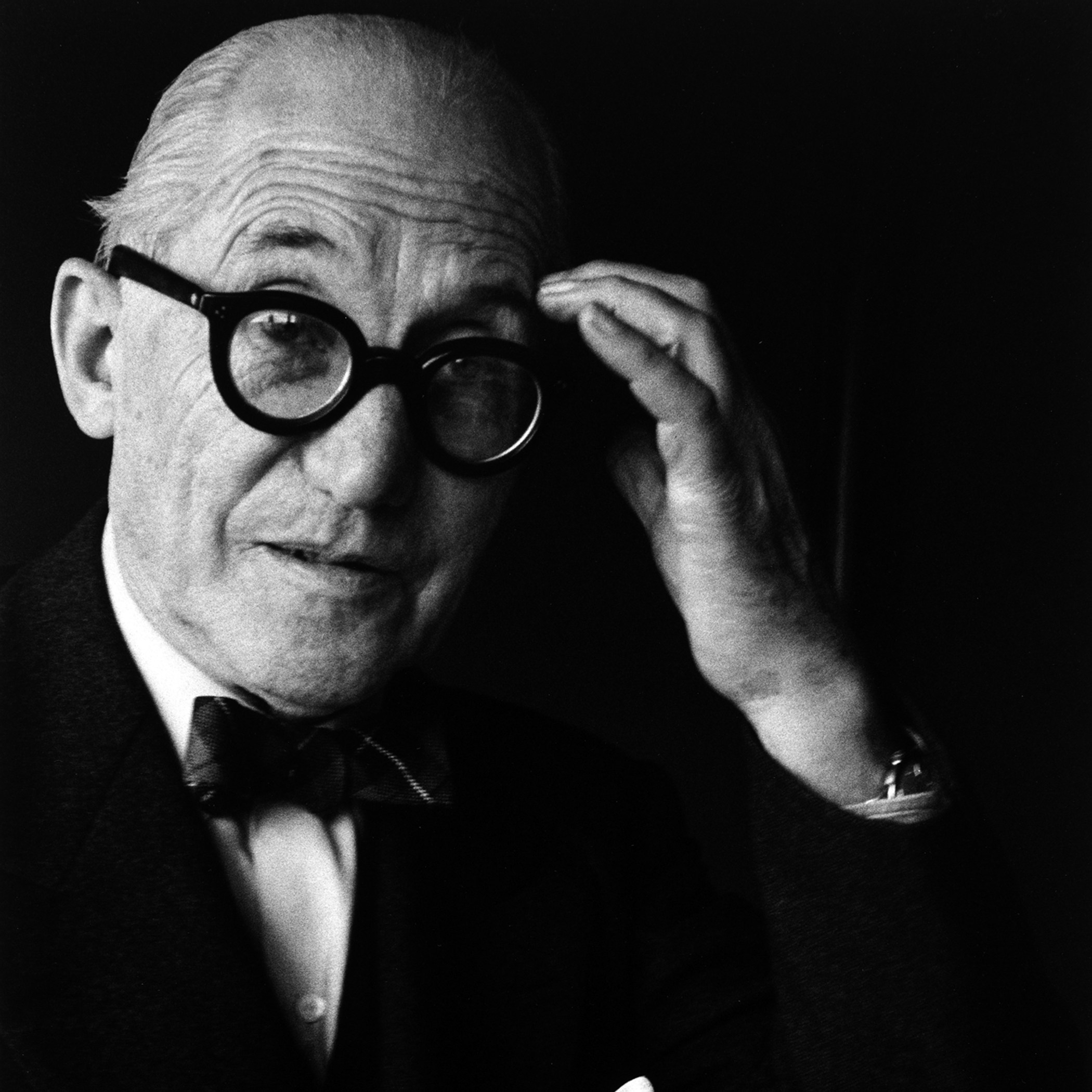 1923 – Builds the little house “Le Lac” at Corseaux on Lake Geneva for his parents.

1928 – Founder member of CIAM (Congrés Internationaux d’architecture moderne) at the castle of La Sarraz, in Switzerland.

1929 – Works on the Villa Savoye (Poissy), the Mundaneum and urbanism in South America.

1930 – Works on urban designs for Algiers and studies for “Ville Radieuse”.

1944 – Works on the Unités d’Habitation, Marseilles.

1965 – On 27 August Le Corbusier dies while swimming at Cap-Martin, France. 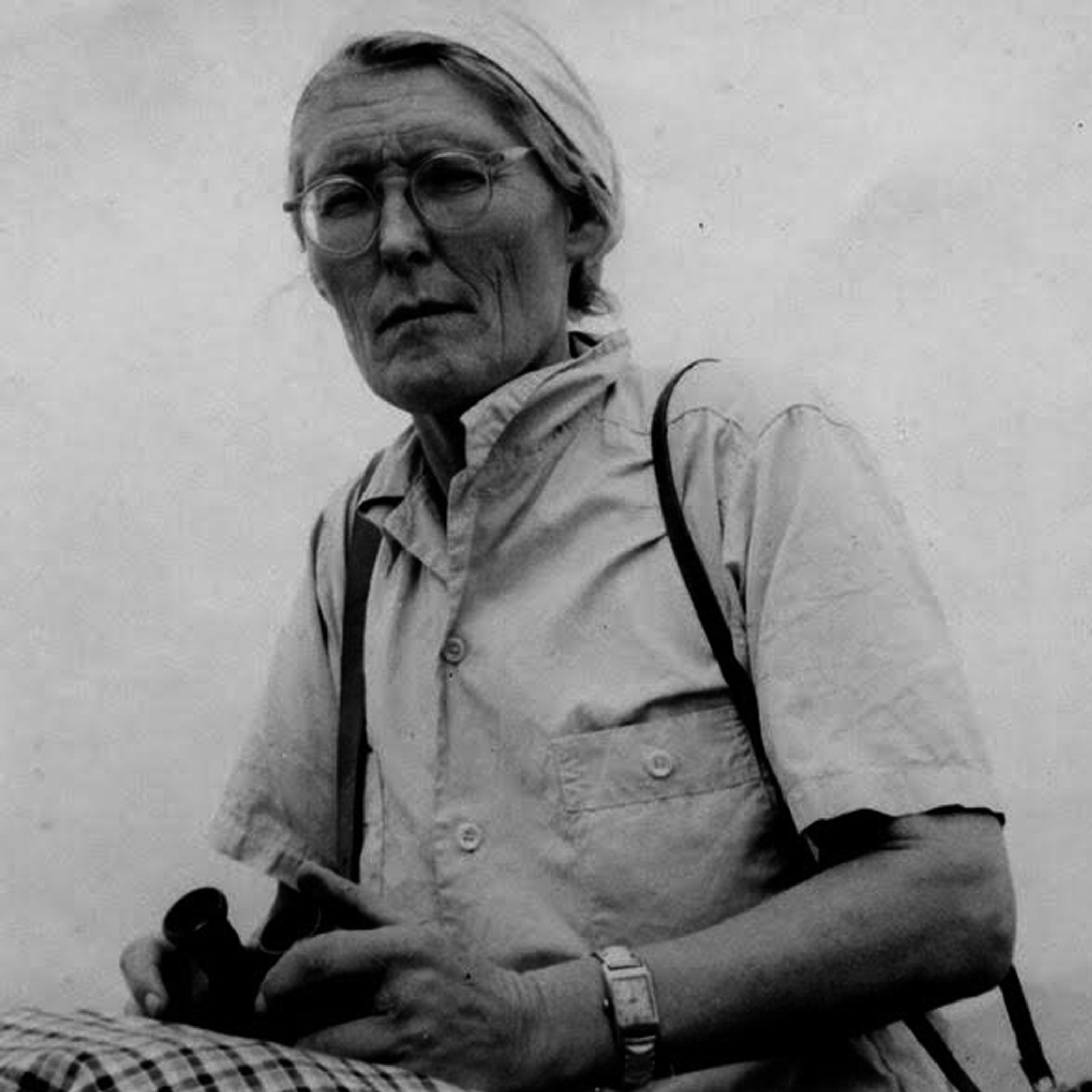 Born 1903, was a German-born Peruvian Mathematics, Geologist and Pedagogue who went to Peru in 1932 to work as a teacher in the house of the German consul in Cuzco. After two years in Cuzco she moved to Lima, where she met the American specialist for ancient irrigation systems – Dr. Paul Kosok.

In December 1941 Maria travelled the first time to Nazca. Dr. Kosok had asked her to take a look at the strange, dead straight depressions in the desert, which look like lines. At first he thought these were irrigation ditches, but then he suspected that it is an astronomical calendar installation.

She started her research work in the desert of Nazca in 1946. In the first days of June 1946 she found a stylized drawing of a spider between the lines. Little by little she discovered more and more of the geoglyphs, but at the beginning it was not her main task. With measuring tape, sextant and compass, later also with a theodolite she measured almost 1000 lines and investigated them for their astronomical orientation.

She investigated the Nazca drawings for more than 40 years.

From 1955 she fought in many ways for the protection of the Nazca Lines. Forty years after in 1995 the Nazca Lines were declared a UNESCO World Heritage Site.

Maria Reiche died on June 8, 1998 and was buried near Nazca with official honors. 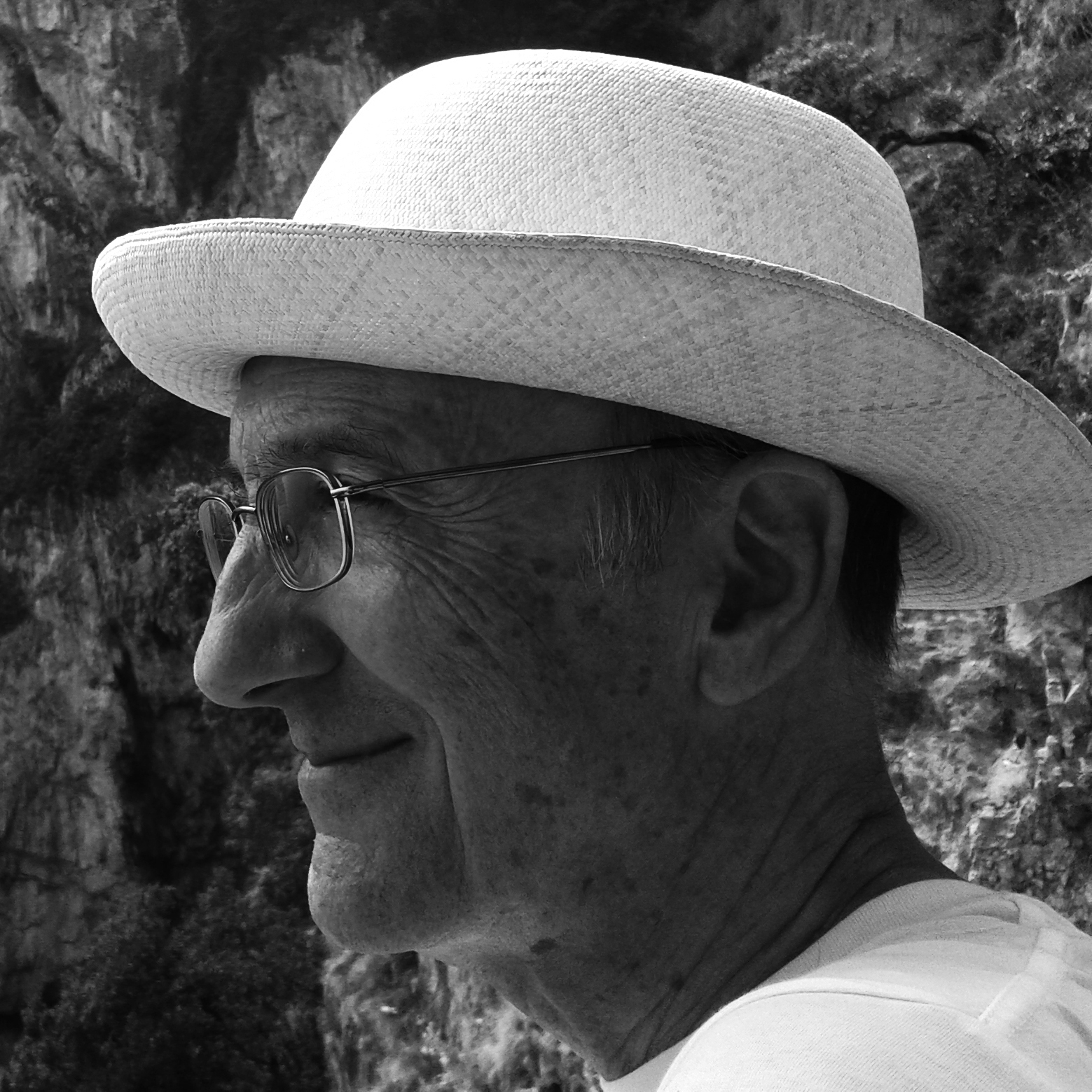 His work has been subject of various exhibitions and publications in different countries, and obtained different awards and distinctions, among which should be highlighted:

1987: The Architecture Prize of the Colegio Oficial de Arquitectos de Madrid (COAM) for the City Council of Valdelaguna.

1994: The European Community “Europa Nostra” Medal and Diploma for the Restoration of the Palacio de Linares in Madrid.

1994: The European Community “Europa Nostra” Medal and Diploma for the Restoration of the Casa de las Conchas of Salamanca.

He currently lives in Finland. 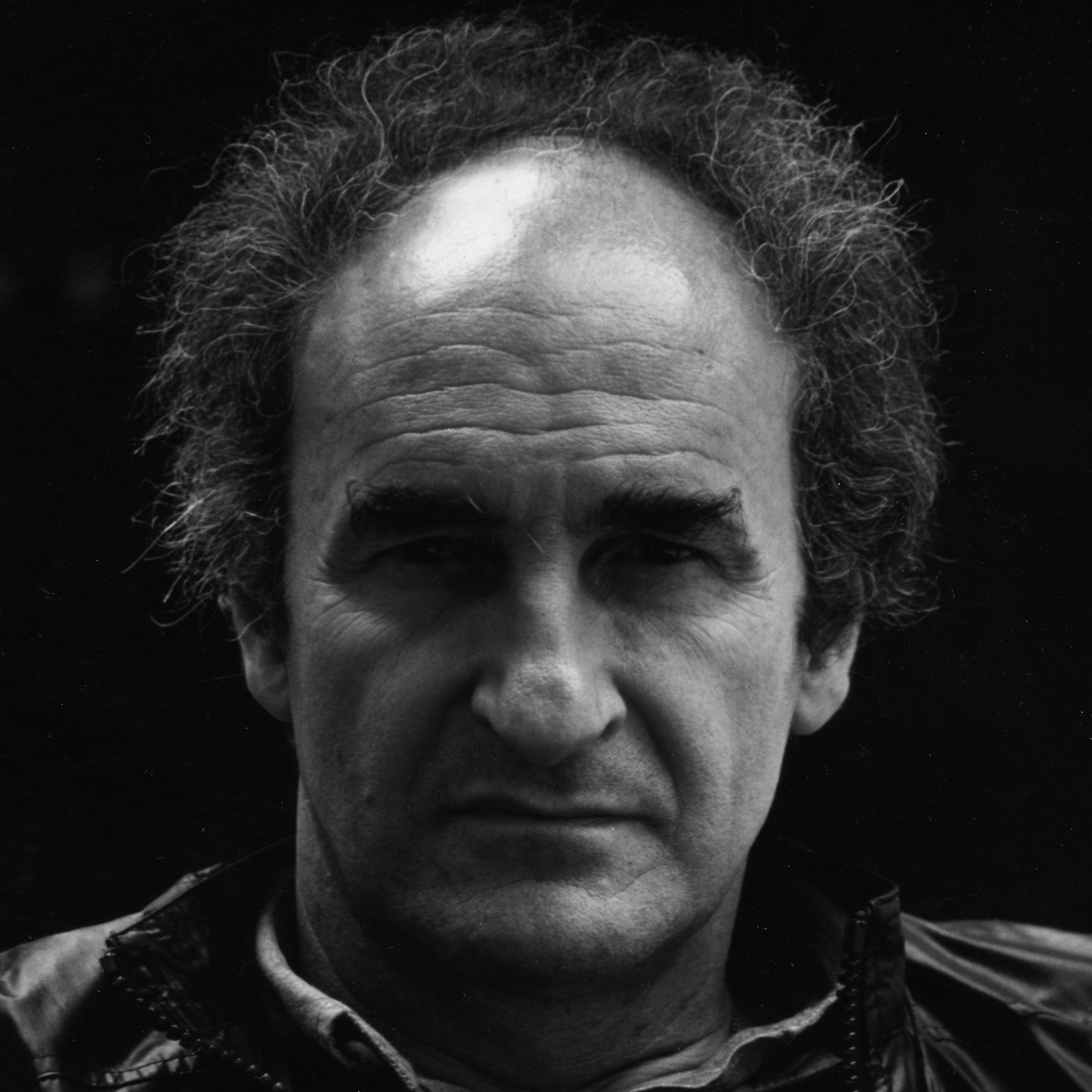 1924 – Eduardo Chillida Juantegui was born on January 10 in San Sebastián.

1947 – He abandons his studies and start drawing at the Círculo de Bellas Artes in Madrid.

1951 – He returned to Euskadi, where he made his first iron work, Ilarik.

1954 – Make the four doors for the Aranzazu Basilica.

1958 – Receives the International Grand Prize for Sculpture at the 29thVenice Biennale.

1974 – The steel sculpture Estela a Pablo Neruda [Stele for Pablo Neruda] is placed in Tehran.

1977 – Begins the installation of Peine del viento  XV [Comb of the Wind XV] in San Sebastián.

1992 – The Monumento a la tolerancia[Monument to Tolerance] is inaugurated at the Muelle de la Sal in Seville.

2000 – Inauguration of the Chillida Leku museum in Hernani.

He was a Brazilian poet and lyricist whose bestknown song was A Garota de Ipanema [The Girl from Ipanema], which he co-wrote with the composer Antônio Carlos Jobim.

Author of numerous volumes of lyrical poetry, Moraes began his literary career as an adherent of the Brazilian Modernism in vogue around 1930. A period of studying English literature at the University of Oxford and residence in the United States as vice-consul of Brazil in Los Angeles (1947-50) broadened the scope of his verse, which was further enriched by his interest in theatre and the film industry. The result was a gradual movement away from poetic experimentation and toward an increasingly prosaic treatment of everyday themes with the sensuous lyricism that became his hallmark. 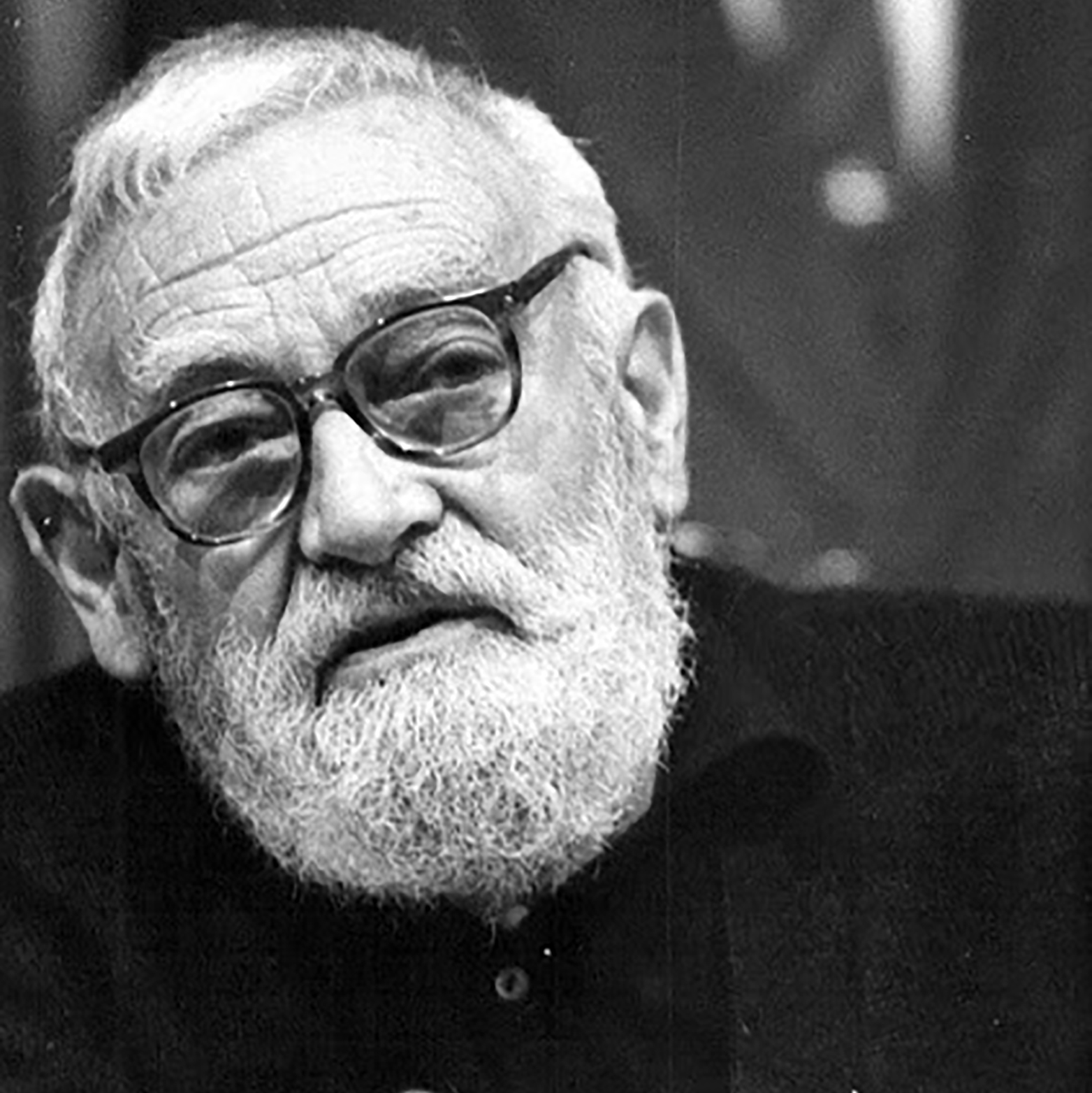 1935 – He moves to South America, where he will develop extensive artistic work.

1950 – He undertakes the creation of the sculpture for the Arantzazu Basilica (Oñati, Gipuzkoa), designed by F. Javier Sáenz de Oiza.

1954 – The Bishopric of San Sebastián censures its statuary in Arantzazu.

1969 – The placement of the Statuary in the Basilica of Arantzazu concludes.

1985 – Gold Medal for Fine Arts, awarded by the Ministry of Culture.

1992 – He donates all his work to Navarra for the creation of the Foundation Museum of Jorge Oteiza in Alzuza.

1996 – Receives the Pevsner Award (Paris) as recognition for all his work.

1998 – Doctor Honoris Causa from the University of the Basque Country.

2003 – He died on April 9 in San Sebastián. Inauguration of the Oteiza Museum, designed by F. J. Sáenz de Oiza. 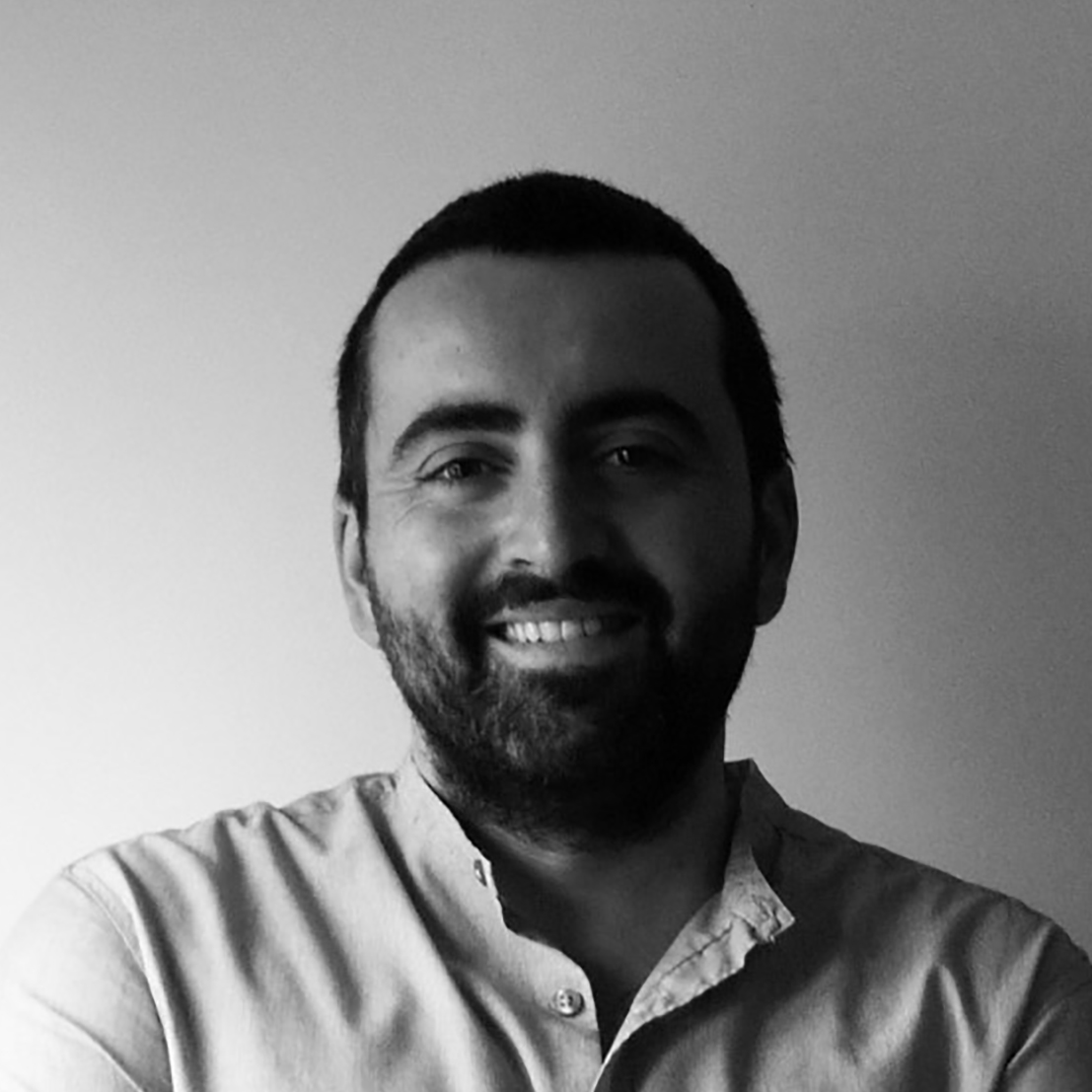 He has also enjoyed two UVa Research Scholarships, a F.P.U. Scholarship of the Ministry of Culture, one Scholarship by Caja de Arquitectos Foundation and one more of the Research Program Jóvenes Excelentes by Caja de Burgos Foundation. He is a member of the Recognized Research Group GIRDAC at the University of Valladolid.

His academic and research works are combined with his professional activity as a Founding Partner of Oaestudio, an architecture and interior design office. Architectural design of residential, educational, retail and hostelry environments, together with a wide production of ephemeral and experimental spaces, are the main focus of his studio’s activity. 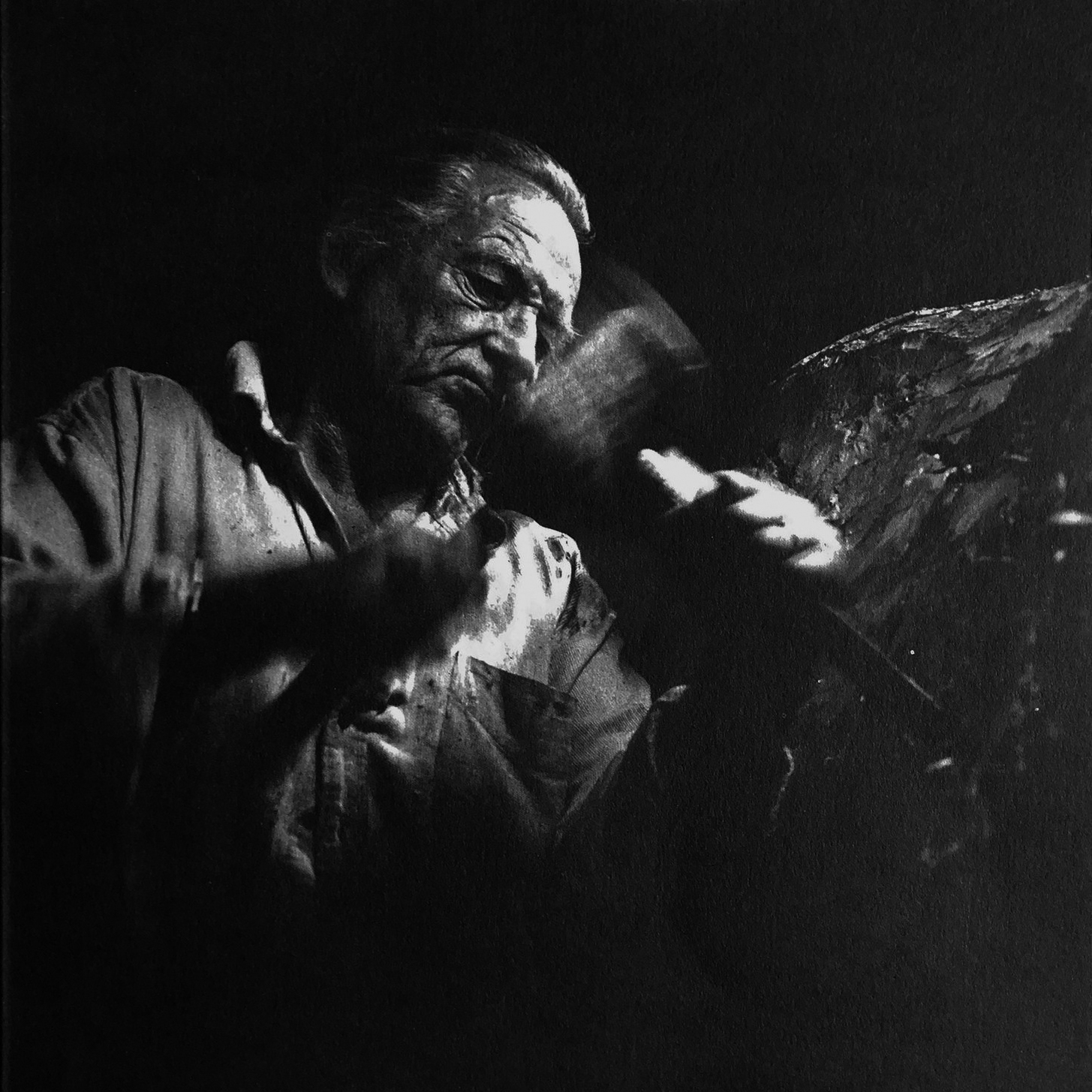 Born on June 6, 1930 in Saarijärvi, Finland, is one of Finland’s most important Modernist sculptors, grew up in an artistic family: two of his brothers, Marko and Harri, became well-known authors. Kain worked as a builder and forest worker before studying sculpture at the School of Art and Design in Helsinki between 1952-54 and then at the Finnish Academy of Fine Arts in 1955. For some years, he also worked as an assistant with Aimo Tukiainen.

His pieces loom like menhirs, their massiveness imposing an inhuman scale. His work is characterized by geological and archaeological metaphors, often expressed as standing reliefs in stone and wood ornamented by chisel marks, employing both visual and tactile stimuli. Tapper combined nature and natural phenomena, folklore and modernism, epitomising the Informalist style in Finnish sculpture. His works draw heavily from organic natural forms of nature, especially the lake and river landscapes of his native Saarijärvi, and often include animal motifs.

Tapper represented Finland at several significant international exhibitions of Finnish art. He was awarded the 1976 Pro Finland Medal, 1981 Artist of the Year, 1985 State Art Award and was a Member of the Royal Academy of Sweden. 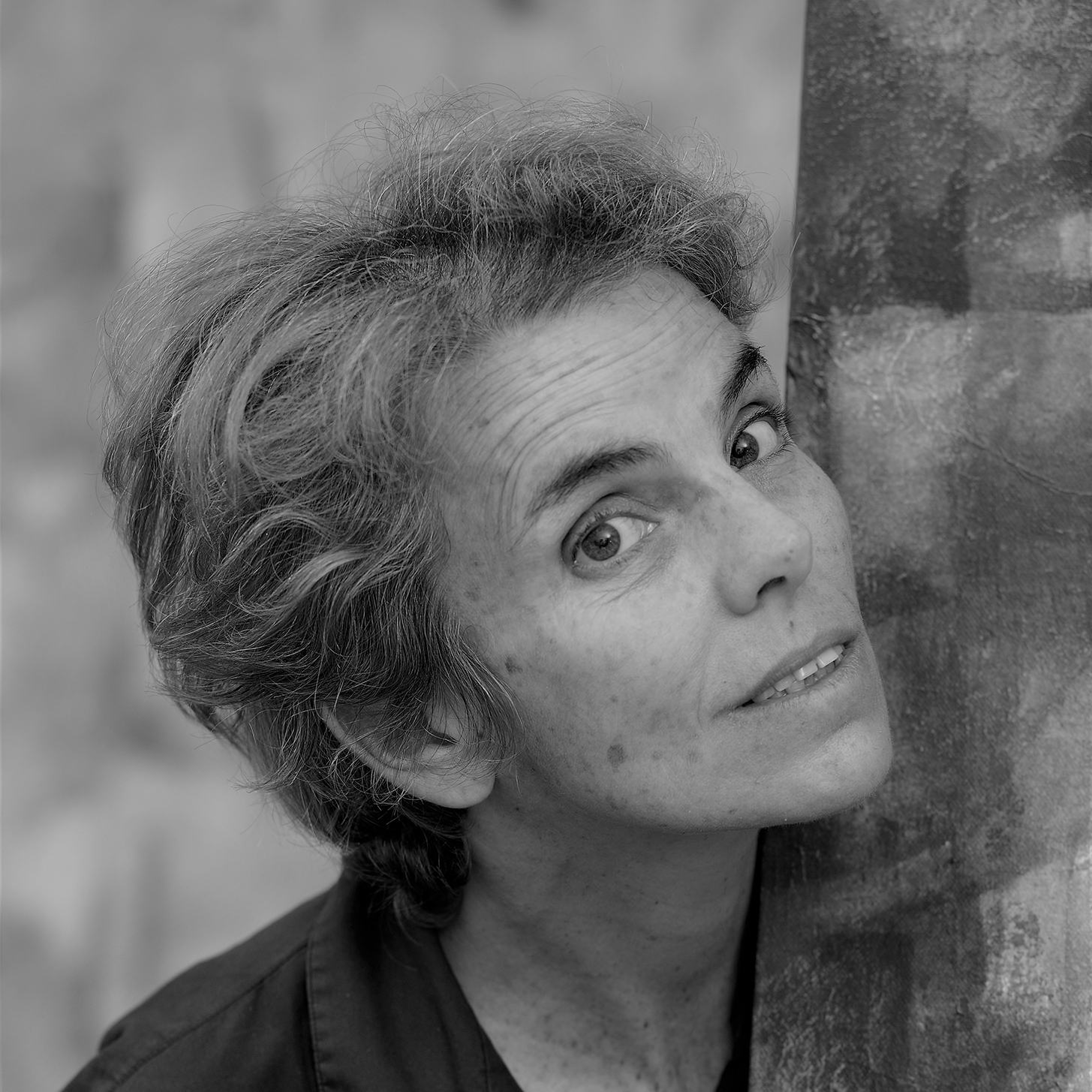 After the classical school, she studies at CSIA, the  scholastic center of the artistic industry.

Follows the lessons of Massimo Cavalli and Max Huber, between graphics and applied arts. With a scholarship, she graduated in painting in 1988 at the Accademia de Belle Arti di Roma, where she attends the courses of E. Brunori and G. Strazza.

She is a painter, engraver, ceramist. Is part of regular exhibitions in Italy, in France, in Switzerland, whether in solo or in group exhibitions.

In 2006 she started the Pangeart School of Applied Arts in Camorino.

In 2008 curates the chalcographic folders AR.

The Pangeart Editions are born in collaboration with artists and poets.

In 2009 she founded the ramo radice edition with M.R.Valentini.

Since 2009 collaborates with the Gallerie Stellanove in Mendrisio and with L.I.Art Rome. From 2010 to 2015 numerous exhibitions and chalcographic engravings have taken place.

In 2015 she opened the areapangeart cultural center with her partner Gabriele Donadini, with international exhibitions and meetings of poetry, literature, music and cinema: 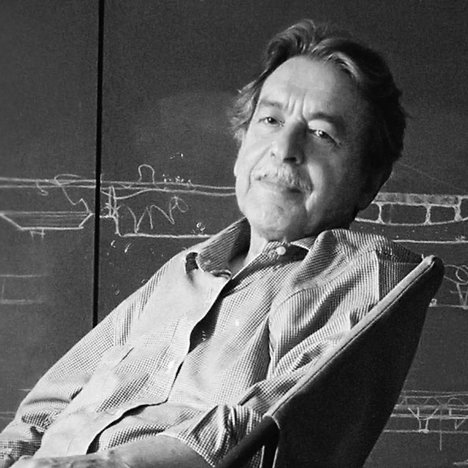 He had an extensive work that has become notable since 1957, with the construction of the Gymnasium in the Club Athletico Paulistano, in São Paulo, his first reference work, a project with which he won the Presidency of the Republic Grand Prix in VI Bienal de São Paulo.

Among his main projects are:

The Official Brazilian Pavilion at Expo 70, in Osaka, Japan 2969; the MuBE, the Brazilian Museum of Sculpture and Ecology, São Paulo 1987; the Chapel of Saint Peter the Apostle, annexed to the Boa Vista Palace, in Campos do Jordão 1987; the MACC Museum of Contemporary Art of Campinas 1989; the Gerassi House 1990; the Restoration of the Pinacoteca de São Paulo, 2000; the coverage of the Prestes Maia Gallery, in Praça do Patriarca, in São Paulo 2002; the Museum of the Portuguese Language 2006 and the architectural set designed for Cais das Artes, composed by a Museum and a Theatre, Vitória 2010. 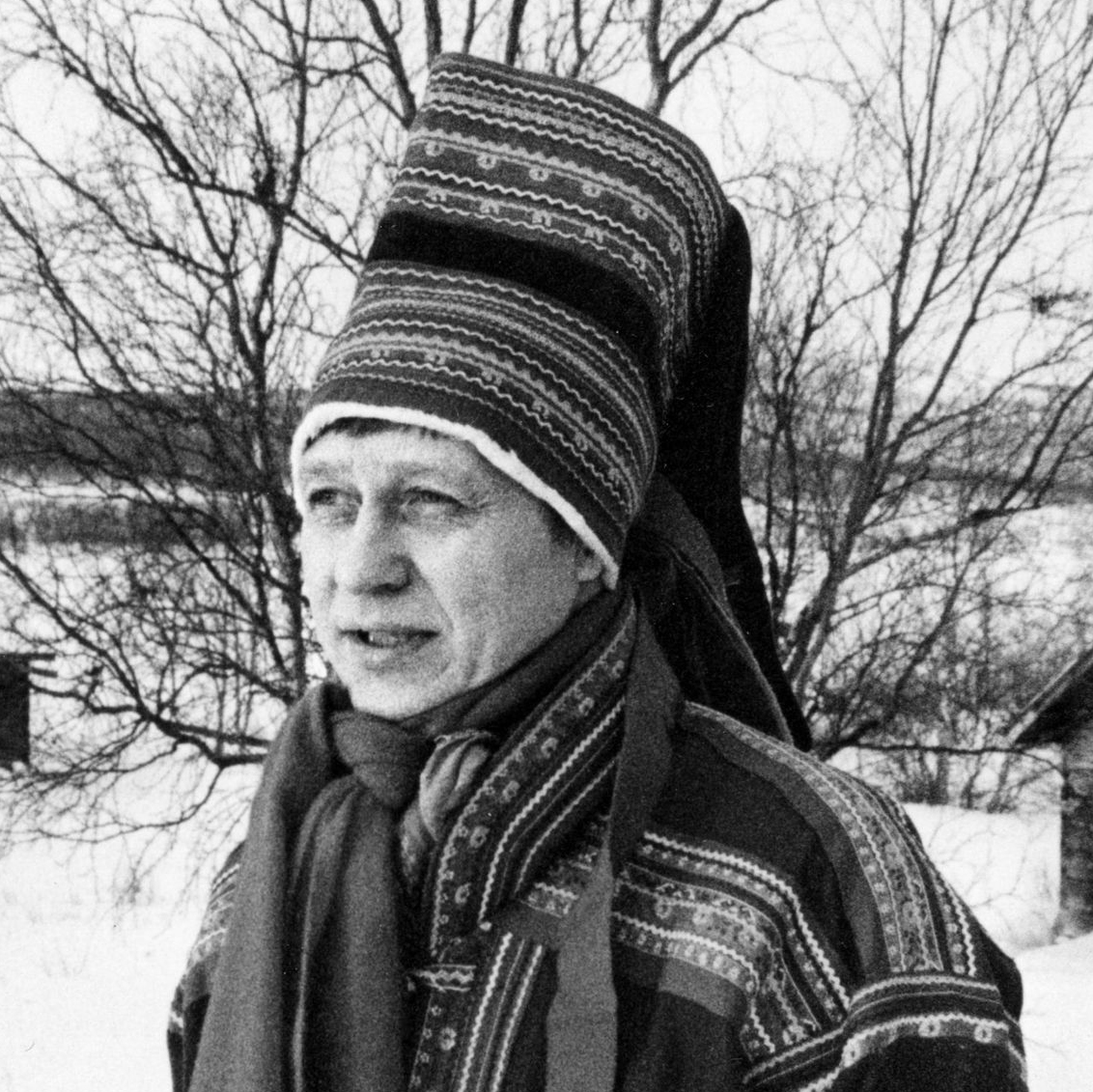 Born in 1943, was a Finnish-born Norwegian Sami multimedia artist. He was born to a family of traditional reindeer herders, but was trained as a teacher. He chose teachers’ college because it was an education that trained him in a number of areas he was interested in, among others literature and music.

Regarding to the music work, Valkeapää became a revitalizer of Sámi culture and above all of Sámi music. In particular he created a new interest in Sámi yoik at a time when it was in danger of dying out. 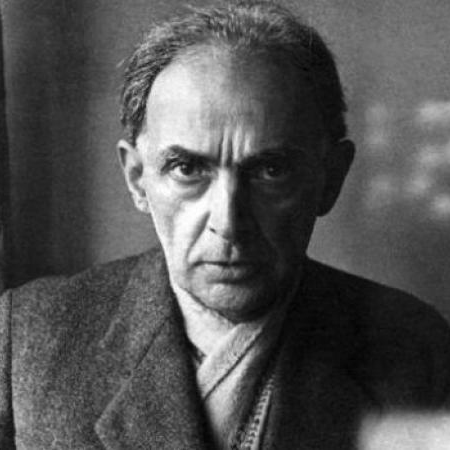 1909 – In Paris begins his architectural training in the atelier of Chifflot.

1923 – Graduates in drawing and ornamentation from School of Fine Arts, Athens.

1935 – Publishes the Third Eye journal of art and architecture theory

1951 – Landscaping for the Acropolis and Philopappou Hill, Athens

1961 – Elected member of the Academy of Fine Arts, Munich

1965 – Elected member of the Academy of Athens